I got Baxter right after I graduated high school....literally the day before my oldest sister got married in Vegas. So, I flew across the country leaving my little man with my mother, and came home to find that he had worms. Ugh.

Being separated while in college, bed bugs, bad people, crappy roommates, cockroach infestations, mountains, the Atlantic Ocean, the Manteo Sound in North Carolina, The Nags Head Woods, surgeries (once, we were both recovering together), car trips to; Massachusetts, Michigan, North Carolina, Georgia, Maryland, Maine, and Virginia, being homeless for a month, sleeping in a hammock outside for about a month (not the same month we were homeless, though) during wildfires, meeting Santa, bringing him to work with me, longboarding trips, running....
My little guy is my entire world...so of course, he tends to pop in a lot of blogs: 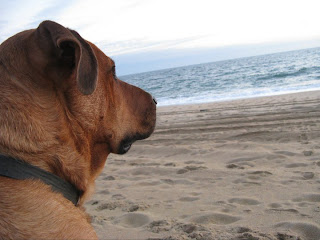 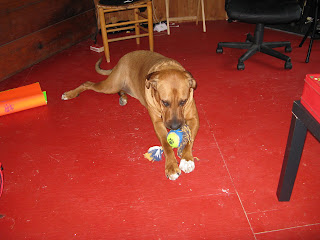 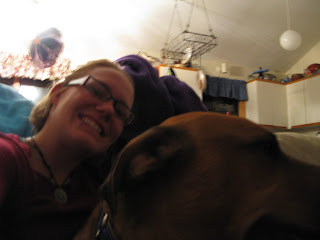 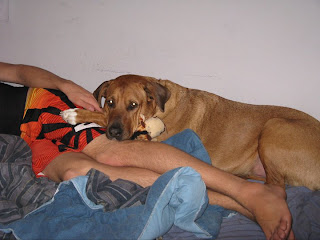 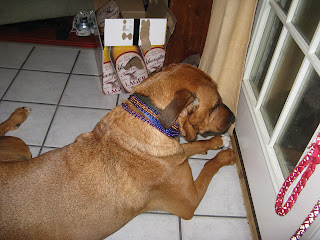 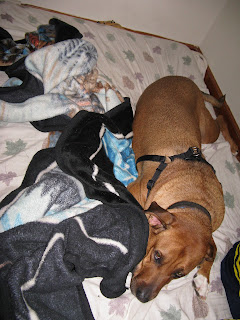 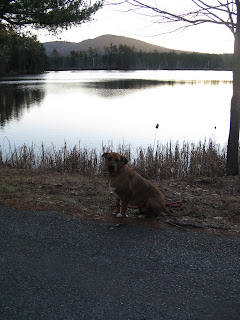