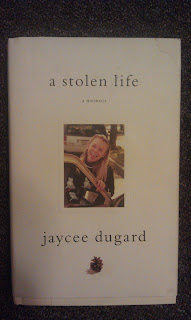 Brace yourselves. This is NOT a pretty story.
me to have any sympathy towards rapists. Personally, I feel like they should have a "One and Done" mentality, where if it happens, even once, they get dismembered, slowly. Jaycee's rapist had raped a woman before. He was on parole. His parole officer came to the house she was kept at. He went to jail for a month was she was captive. And yet no one discovered her.
crying because it was ruining her rapists fantasies.
Posted by Lynn(e) Schmidt at 10:22 AM