Sorry I've still been kind of MIA. Baxter's biopsy results are in, but we're waiting to speak with the veterinarian. In the meantime, here are some book reviews for you: 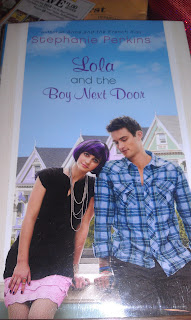 Lola and the Boy Next DoorBy Stephanie Perkins
Rating on Goodreads: **** of *****

You know those cute stories that stay with you awhile after they're done? This is one of those. I loved Lola, and Crickett, and the parents. It was a cute quick read.

However, I had some beefs with the book which kept me from giving this a five star rating. 1) The way the boyfriend ended up acting. It felt incredibly disingenuous for his character (to me, at least) 2) The ice skating results. I was kind of interested in that sub plot.

Other than that, I did love this book. You should read it. 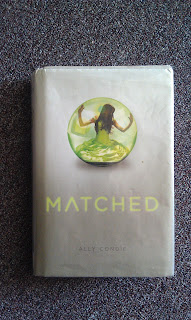 This book took me awhile to get through. Part of it was because I was distracted with Baxter and other things, and part was because the writing wasn't so phenominal I had to keep turning pages.

The society was believable, however, the way Ky was introduced didn't quite grab me. From there, it was kind of hard to believe that Cassia began to question all of the rules in place. My head kept comparing this to the Uglies triology (which I LOVED), and I just didn't feel nearly as invested. I didn't feel like there was enough of a true character arc for me to feel passionately about this book.

I still have every intention of reading the next book! 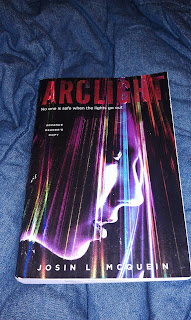 I thought there were a lot of really original ideas in this. I truly enjoyed how well thought out the author's ideas were (as far as nanites and things like that). For a long time after, I thought about what it's like to go in sunlight verses be surrounded in darkness. Very cool.


The reasons I gave it only three stars was because I started being able to figure out what was happening. I didn't feel as surprised with some of the revelations that I should have.

However, I DID love the love triangle/relationship/mess. I loved Toby, so so much. And the other guy whose name I can't quite remember right now. But yea, if you want a pretty intense read, this is it.

Email ThisBlogThis!Share to TwitterShare to FacebookShare to Pinterest
Labels: Arclight, Book Review, Books, Lola and the Boy Next Door, Matched