Things That Stop You

In a follow up to my previous blog, and in concert with the fact I seriously like to make lists for blog posts, here's another one.

It turns out I'm masochistic. Who knew? Okay, okay, I've known since I was in sixth grade...but really. Those of us who write set ourselves up for rejection, tears, and straight up heart break. So it only makes sense that I'd be a runner, too. Why? Because it hurts, because you run through pain, finish races sometimes crying (or if you were me in high school, with your lip bleeding because that's how you redirected pain...). But because I like pain, I run, and I write, and I submit, and compete, and...cry.

But that doesn't mean it's easy...ever.


The Top 5 Things That Stop You (From Being Epic) 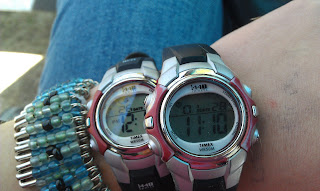 5) Time
It's easy to forget to run. You wake up, make breakfast, (consider showering..) go to work, work an eight hour shift (eight and a half because you have to clock out for lunch if you're anything like me), drive 10-20 minutes home, do laundry, feed the dog (or the kids if you have them), feed yourself. By that point, maybe your knees hurt from standing. Maybe your back hurts from sitting. Running fades somewhere into the background. Plus, it's dark outside. Horror movies start this way. That mailbox sure looks cute and innocent in the daylight, but at night? That mailbox hosts demons, and ghosts, and OH MY GOSH WHAT WAS THAT? DID SOMETHING JUST MOVE?
You literally have to go out of your way to run. You literally have to put time in, and make it a priority. Something else (like, oh...writing) gets cut out when you spend a half hour on the road.

At the old place, I lived in an awesome running area. If you went right out of the apartment complex, about a half mile later there were trails. If you went left, and left again, there was this place called Evan's Notch, which was beside a river. Very scenic. If you just went left, you cross a bridge, and run. Then, you could go straight, more bridges, more roads. It was full of options.
Where I live now, I can go right, which has a small road that usually eats up about five minutes of the run and has a LARGE and LENGTHY hill, and then a straight road.
I can go left, which has a smaller hill (as you end), and I recently discovered a magical trail. But still, it's the same two roads over, and over, and over. Ever listen to a song on repeat? Ever just need to...stop listening to it?

Running, like writing, is a solitary sport. Sure you can be on the track and field team, or the cross country team, but in the end YOUR times depend on YOU. Which means that if you're not part of a running club, or a team, you have to push yourself. You have to give yourself a reason to run.
Half the time you won't be as fast as you'd like. Most of the time there is something better to do (see napping above). It's hard being your own motivation.

Knee pain, hip pain, cramps, shin splits, twisted ankles, stress fractures, toenails that fall off... Talk to any runner and you'll hear an endless list of ailments that we run through. When I ran in high school after my first knee surgery, I made a deal with my body; If my knees made it through the race, I'd ice them later. Literally as I crossed the finish line, they gave out, and I couldn't get up. Teammates, sisters, or the boy I loved had to help me up and act as a leaning post until I could walk again.
A good run is considered a day where the pain is minimal, if not absent...but even still if we're not hydrated well enough, if we didn't eat enough...it hurts, and it hurts a lot. And we'll keep going. 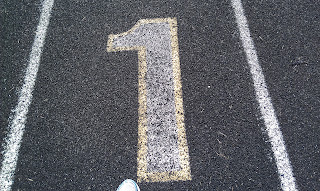 1) Yourself
Let's face it, we all want to come in first place. Personally, I want to be fast enough to beat my sister again, who when she'd popped out her first kiddo, and while she was preggers with the second managed to run in the 19 minutes. (She is Iron Man.)
But I am Lynn(e). I've had two knee surgeries. I have hip problems. Sometimes my heart messes up.
There's a point where you run, and you run, and you think, Why am I doing this? There's a point where your brain will think, You know, three miles is pretty far. Let's just...do one. Or none. You know, let's nap. Screw running.
And naps? Well, they rock. But the biggest obsticle is the block in your head that tells your you're not good enough so why bother trying.
Good runners fight that, waving a middle finger in the air saying, I don't care what you think Negative Nancy in my brain. I'm going to run because I love it, and I want to, and because it makes me feel good.


Most of this can tie into writing. We have to section time to write, and things (like children, husbands, wives, dogs, running) gets neglected. The Running Trails can be considered writing block, where you have to just step out, and find something new, some fresh material before you can start up again. We all know writing is a solitary game (hopefully most of you aren't Emily Dickinson-ing it up). And the rejections hurt. The death, and pain, and injuries of our characters hurt. Memoirs tend to hurt even more than that.

And we all try to sabotage ourselves, our works by saying that we aren't good enough.

So just as I told you to go Pick a Puppy, today's message is to Keep Running. Push through the pain, the self defeat. Find time. Keep going.

The finish line may only be a 5K away.