The Truth About Being A Role Model

I did a presentation to a bunch of adults a few weeks ago. During the presentation, I talked about being a good role model and setting a good example when you're around teens and younger folks. But what exactly does that mean?

Being a role model doesn't mean you have to be perfect. It doesn't mean you can't be weird and over caffeinated. You don't even have to shower every day. You can mess up. A lot. You could have been a neo-nazi white supremacist a year ago, and be a role model now. (True story, one of my role models that I met in high school was a reformed neo-nazi.)

But the difference between you being a role model and you being some holier-than-thou type of person, is recognizing that you make mistakes, you've made mistakes. Own them. Be honest about them. 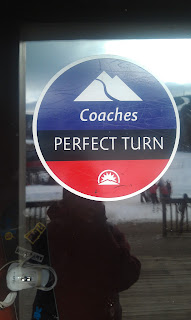 A perfect example of this is on the mountain. When we're in uniform, it's some sort of stigma that we don't fall, when in reality, we fall frequently. Why? Because we try new things, new jumps, new tricks, whatever. Sometimes we just fall because we weren't paying attention and dig our edges in. It's okay, we're human, too.

Being a role model is like that. Dig your toe edge in. Stumble. Fall. Fall a lot. Get a bloody nose. You can break your back (one instructor already has this season), you can get seriously hurt. It's okay.

But get up, teach people about those times. If someone is in the middle of crashing, they can see a path to stable land again.
Posted by Lynn(e) Schmidt at 9:21 AM

Email ThisBlogThis!Share to TwitterShare to FacebookShare to Pinterest
Labels: Adventure, Being an Adult, Growing Up, Role Model, Snowboarding, Young Adult