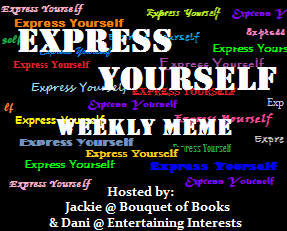 For week three of the Express Yourself Meme, they asked, "What language would you like to speak, and why?"

My answer to that is Polish. And here's why:

This is my Babcia (pronounced Bop-Cha, basically):
:

She is my grandmother on my mother's side of the family. As previously stated, I met her very late in life. By the time I was actually standing awkwardly in the same room with her, she'd had several strokes. She could walk, but it was incredibly slow, and her memory was being lost by the day.

Currently, she rocks out in a nursing home in Massachusetts. I haven't seen her in about two years (three, maybe?) The last time I saw her, she was in a wheelchair, withering down to skin and bones. She repeated questions like, "How is your mother?" "How is Jacci?" and she talked about her husband who's been dead longer than I've been alive. Now she is usually in a wheelchair, she can barely feed herself, and she watches reruns of I Love Lucy or whatever else is on the television.

Because her mind has regressed so substantially, I can say few words to her in her own tongue, How are you? and I love you. Her mind carries her native language, and I, as a product of the melting pot of America, have lost my cultural identity. My mother, formerly bi-lingual, also fails from time to time to remember a Polish word. She never taught her children how to speak another language (it's something I'm incredibly bitter with).

At some point in life, I would like to study Polish, to learn the language of my family. Sadly, I don't think I'll learn enough of the language fast enough to be able to have a coherent conversation with my babcia, but at least I'll know that that grain of culture resides in me, somewhere.