As I've started doing, especially because it takes up a blog post, and I like sharing what I've been reading with you guys, here is my October Segment of quick small book reviews. 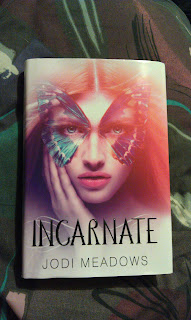 Still on my "I want to read happy stories" kick, I bought Incarnate.

Talk about an underdog story. Ana has spent her entire life being beat by her hateful mother, and on her first day of freedom she nearly dies. Twice.

It was a fun book, with a cutesy relationship that I swooned over. Plus, it had dragons. Anything with dragons in it is a win for me.

It was a simplistic read, I didn't have to think too much for myself, which was nice. I'm excited for the next installment. 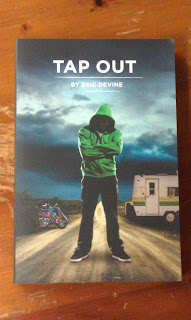 You know those hookers, that first line that grabs you by the eyeballs? This one had it. Immediately I thought I was going to LOVE this book. The writing was seamless, I was in the head of a teenage boy who swore a lot (LOADS of brownie points), and was in a really bad situation.

It was a roller coaster of a book, and an overall awesome read. Up until the last 25% of the book I would have given it a five star rating, however, I had a huge beef with the ending (which I actually contacted the author about and we had a mini discussion). I understand why the book ended the way it did, but that doesn't mean I have to like it.

Either way, I will definitely invest in Devine's next book! 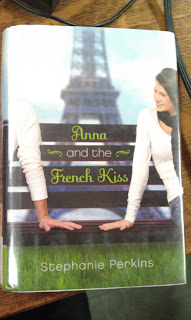 Anna and the French Kiss
By Stephanie Perkins
Rating on Goodreads: **** of *****

Residual happiness kicker. I'd had a million people rave about this book, saying it's so cute, and so wonderful. But if If I Stay, Where She Went, and Looking for Alaska really did live up to their hype, I assumed this one would be a bust.

I don't think I've ever laughed/giggled so loud/so hard because of a book in my entire life. It brought me back to high school and first loves, and misunderstandings  and jealousy, and oh gosh. It was wonderful. If you were apprehensive about this book, please read it. You won't regret it.

Though ***Disclaimer*** If you're not in to gushy/chick lit/romancey stuff, I'd say pass on it. I knew what I was getting into when I read it, but I LOVED it.

Also, are you my friend on Goodreads yet? If not, you should be :)

:
Singing to the Radio, Poem