A is for Almost 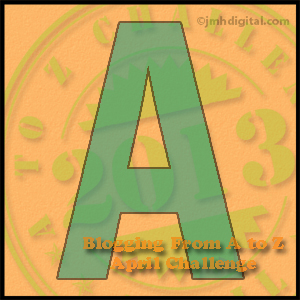 You make a million decisions on a daily basis. Sometimes, they completely change the direction of your life. Sometimes, it's just figuring out which socks you should wear today. And then sometimes, your decisions not only affect you, but the people around you. So much so, that they decide not to speak to you...for over three years (and counting...).

It was 2006 when it finally dawned on me that I got Baxter at a really bad time in my life. By that time, I was already in puppy love with him. I slept on the living room floor because he was too small to get on the couch or the bed. In the mornings he'd bite me to tell me it was time to wake up and let him outside. We spent the summer months playing soccer at the park and going on field trips in the truck.

I called my cousin in Massachusetts. "So...I got a puppy. Can you watch him for me while I'm in college?"

After some convincing, he said yes. Baxter got in the truck, we travelled from Michigan to the East Coast, and like a good puppy, he slept with his head in my lap a majority of the drive there. With a heavy heart, I dropped off my puppy stating in four years, I'd be taking him back.

I spent most of my holiday breaks with my extended family, primarily so I could spend time with Baxter. When I'd walk through the door, he'd tackle me, pin me down, and lay on me for about an hour. It was pathetic and adorable. When I'd leave my aunt would call me and say, "Baxter hasn't left your room. It's been three days. He's not eating. I think he misses you."

Before I knew it, the four years had passed. From time to time, I'd talk to my aunt about taking him back and though the first couple years of college, she'd said yes, as the time approached, she became more and more reluctant.

After-all, it had been four years. Did I still have a right to him? I wasn't sure. As a test run, I took him during my graduation for a few weeks. I got him fixed, discovered he'd contracted Lyme while in the care of my aunt, and put him on a heavy round of antibiotics. My family drove up for my graduation, and though Baxter hadn't seen them in weeks, he ran up, greeted them, and returned to me. Maybe he did love me more. Or maybe, I was seeing what I wanted to.

Finally it was the Thanksgiving after college. My cousins sat me down and said, "Look. He's your dog. Write a note, apologize, but don't ask permission. Take him and go."

"But what if he's happier here?" I asked.

"He's not. He's a hyper dog. They don't take him for walks. They just tell him to go lay down. You're young. You go out and do things."

I looked to my large dog. Since his neutering, he'd put on heafty amounts of weight. He was getting to the age where it could start affecting his hips, as well as everything else.

Two days after Thanksgiving, after eating a nice meal with my aunt, I stayed up all night packing my car. Baxter sat at the door as if to say, "Please don't leave me again." His head hung low the entire time. As I sat on the bed with a notebook in my hands, Baxter rested on my lap. I scratched behind his ears, took a deep breath, and began writing the letter that would explain why I was stealing my dog, and that I loved my aunt, and I'm sorry for being selfish.

With tears in my eyes, I signed it, "Please know that I love you, and I hope you'll forgive me for this someday."

Two hours later, my alarm woke me. It was three in the morning. I loaded the last of my things and let Baxter out to run. At last, I opened my door and whispered, "Alright, get in."

I didn't have to tell him twice. He leapt into the car, and after four years of separation, we finally started our life together.

It's been over three years now. My aunt still hasn't spoken to me, and while it hurts, and while I've still sent Christmas cards and letters from time to time, I can't bring myself to regret my decision. Yes, it was selfish. Yes, four years was a long time for him to be in her care.

But I truly believe that Baxter has had a better life with me. He's not surrounded by cigarette smoke all the time. We go for walks regularly. He's been to beaches, and rivers, and mountains. He's learned to walk on a leash (sort of).

And he's saved my life.

I almost gave up on him. Words cannot express how happy I am to have him in my life.
Posted by Lynn(e) Schmidt at 9:43 AM