L is for Longboarding 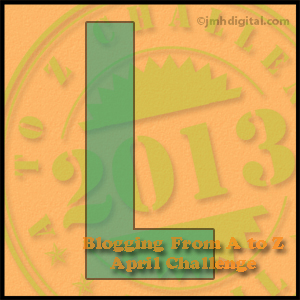 Sometime during college, my sister gave me a pair of roller blades. In movies, people wear roller blades and get pulled along by their dogs, so I thought, "Why not?!"

I put them on, leashed up her dog, Bailey, and WHOOSH! we were off! He listened when I said stop. When we went too fast, he let me veer off to the grass. My heart pounded with exhilaration.  If Bailey could do it, surely Baxter could!

A few days later, I flew from Michigan to Massachusetts, reunited with Baxter, put on roller blades, and....WHOOSH!

Baxter was FAST! He didn't listen as I screamed for him to slow down. Using my brain, I figured if I made him run up a hill, he'd slow down. I managed to forget where there's an uphill, there's a downhill....

He kept pulling, and pulling. The wheels spun, and spun. Soon, I was going faster than Baxter could run. Panicking, I looked for the nearest patch of grass and veered in that direction.

My arm jerked backward. I was on my ass.

Kids sitting in the yard began laughing. "Whoa, that must have hurt!" but they weren't talking about me.

Standing up and brushing myself off, I asked, "What happened?"

"Your dog hit his head on the car, then his body wrapped around and hit the car."

We never tried roller blading again. But, we do longboard pretty regularly. Since I've had him, he's gotten 1000x better on a leash, too.