B is for Baxter 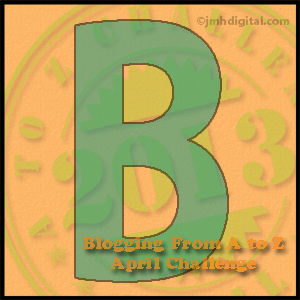 My family and I always had this belief that you cannot pick a name for a cat or dog, go out, and get a cat or dog and place that name on it. You have to go to the pound (or in this case, go to a Wal Mart parking lot), pick out an adorable puppy, and hang out with him or her for awhile. The pet you get has a name, you just have to be able to find it.

Baxter was no exception. I got him in 2006, just after graduating high school. Like any puppy separated from his brothers and sisters, he craved nearness and warmth, and an obnoxious amount of cuddling. He enjoyed chewing on things (including the photo album my SO at the time put together, and as I screamed at him he peed on the pieces. Ugh. Memories). During this time period movies like Pirate of the Carribean and Anchorman were pretty huge.

"He's pretty spunky," I said to my sisters. "We should name him Jack, like Captain Jack Sparrow."

I shrugged. No matter what we said, the names didn't have the right magic to them. We continued tossing names around before either watching Anchorman, or having someone quote the part where Will Ferrel (spelling error? Too lazy to look up how to spell his name) says, "The bad man punted Baxter!"

The light clicked. At once, we all turned to stare at the small puppy curled in my lap. "Baxter!" we said, cooing his name. There was a faint tail wag. We knew what Baxter's name was.

In time the Baxter proved to be the best name for him.
Posted by Lynn(e) Schmidt at 9:26 AM